Enter keywords into the SEARCH box and then select FEDERATED SEARCH from the drop box, to access a variety of online resources including:

Map and Link to Ancient Greece 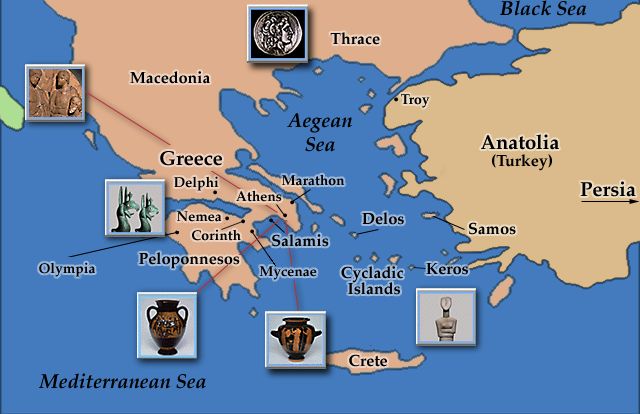