What makes a digital hero?

JACK BERNE, 12, has already raised $1.8 million through his charity, A Fiver for a Farmer, so now he's putting his "endless" energy towards a new project.

Jack, who hails from Sydney's Northern Beaches, was 10 when he started A Fiver for a Farmer with the aim of providing relief to those struggling with the drought.

"I got people dressing up like farmers and bringing in $5,"Jack Berne said.

"Everyone loves a dress up day, especially if it's for a good cause — and the farmers were really needing the money.

Sydney schoolboy Jack Berne was just 10 years old when he launched 'A Fiver for a Farmer' - a charity initiative that raised close to $2 million for locals on the land. Jack is now gearing up to launch his brand new initiative and this time, he's going old school.

Jack Berne isn’t your typical 11 year old. He has achieved something most adults might never – raising $1.7 MILLION dollars for Aussie Farmers impacted by drought via his cause “A Fiver for a Farmer”. Jack hasn’t stopped there, he’s campaigned on national television and even met with Prime Minister Scott Morrison to ask some hard questions about draught policy. Clarks is asking their loyal customers to dig deep and do what they can to support Jack in his endeavour to support our Farmers impacted by drought via Drought Angels.

I was out the wheatbelt for work so I took a little bit of video and threw it together quickly. Still waiting for a proper break to the season. Its a bit dry. The Danish flag is due to the Danish backpacker working on the farm.

Podcast: Fiver for a Farmer founder Jack Berne comes up with an ingenious new way to connect kids in the bush 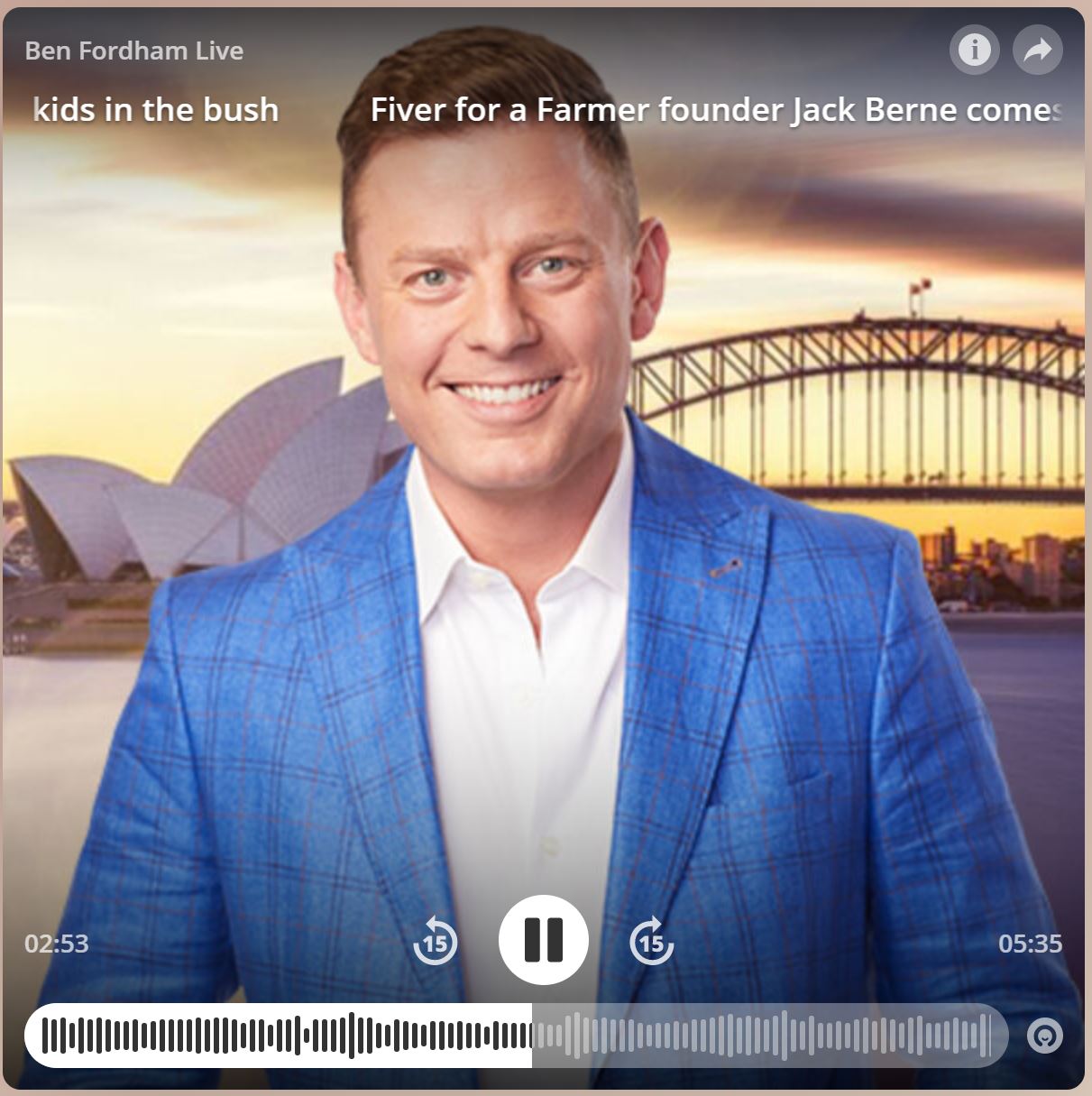