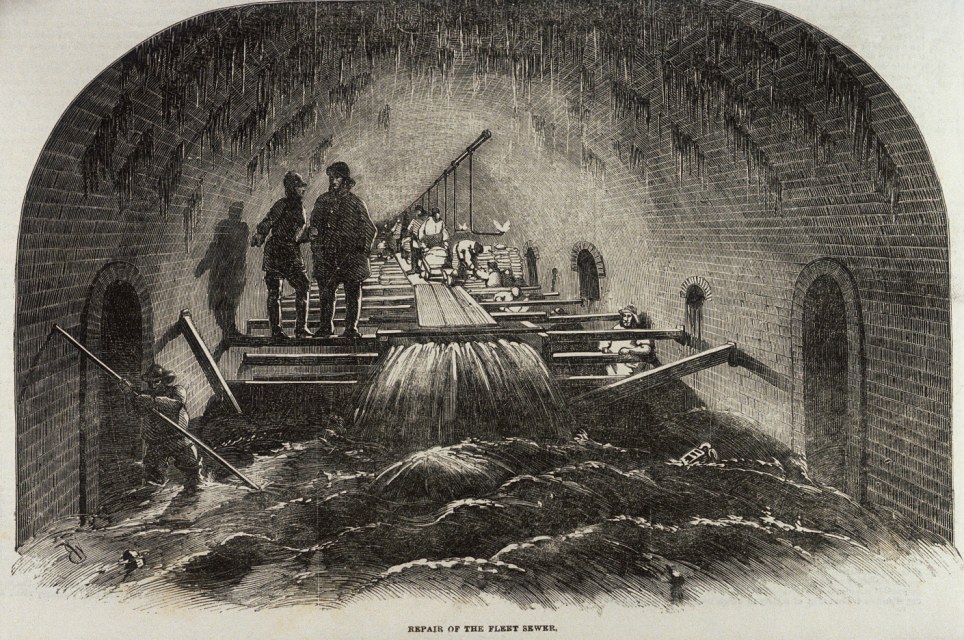 Repairing the London Fleet Sewer. This was one of the main channels beneath London, and carried the waters of what had once been a substantial river–until the expansion of the city caused it to be built over and submerged. (1890's) 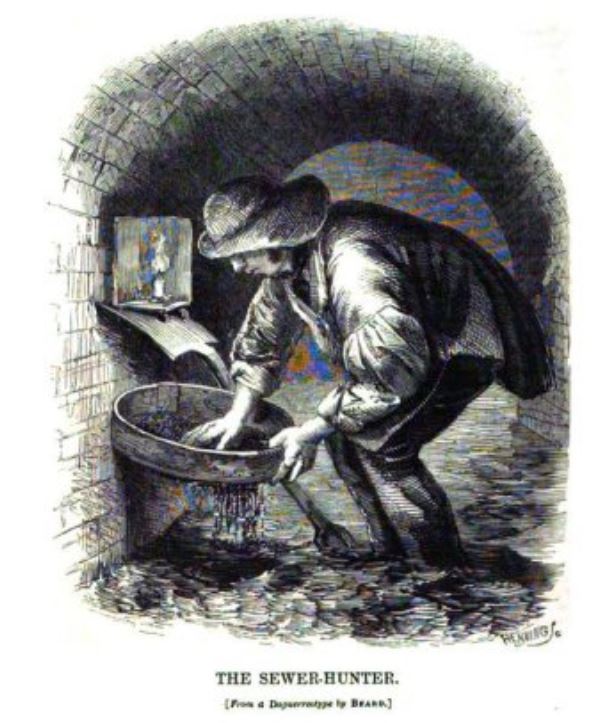 A tosher at work c. 1850, sieving raw sewage in one of the dank, dangerous and uncharted sewers beneath the streets of London. From Mayhew’s London Labour and the London Poor.

Sir Edwin Chadwick was an English social reformer, noted for his work to reform the Poor Laws and improve sanitary conditions and public health.