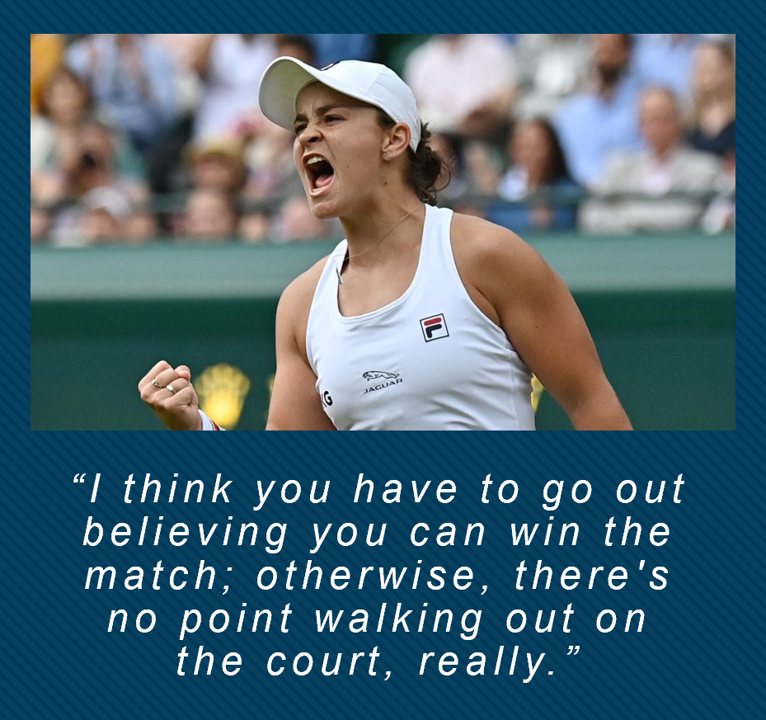 For a variety of reasons, Australian sport needed an uplifting, inspirational, feel-good story in 2019. Tennis star Ashleigh Barty captured the public's imagination and admiration by not only winning a major tournament for the first time, the French Open, and ascending to the world No 1 ranking, the first Australian woman to do so for 46 years, but by the humble, modest, gracious and yet iron-willed and fiercely focussed way she went about it. In all she did, she was the definition of the word classy. In short, she made Australia proud. Among those watching intently was one of Australia's most experienced and respected sportswriters, Ron Reed, who decided that Barty's breakthrough into the very top echelons of one of the nation's favourite sports needed to be recorded in forensic detail - the wins, the quotes, the processes, the reactions of others, the team behind her, the background and the many reasons why she is such a true-blue Australian that she could never be mistaken for any other nationality.

A sample bibliography for 2 resources suggested on this page would look like: