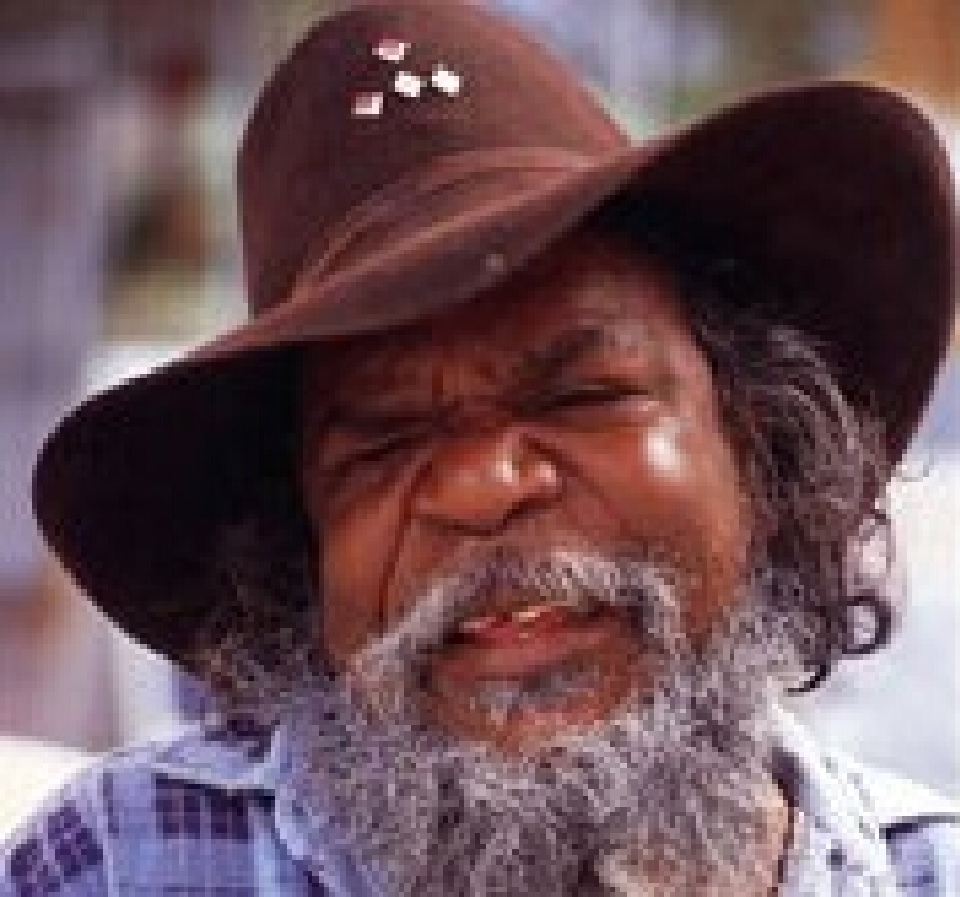 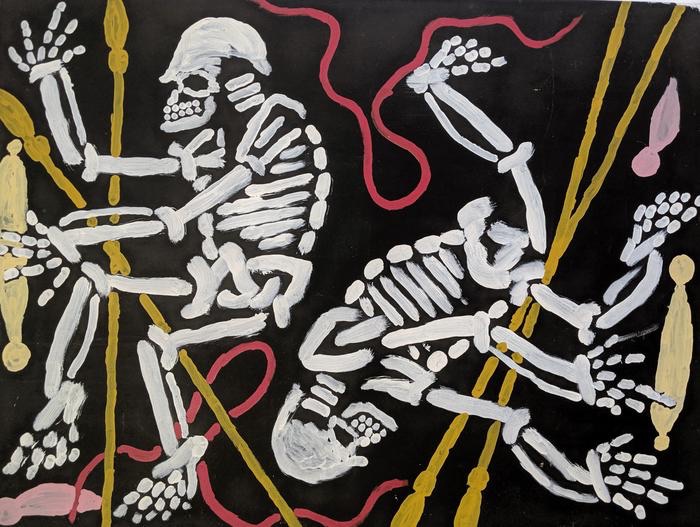 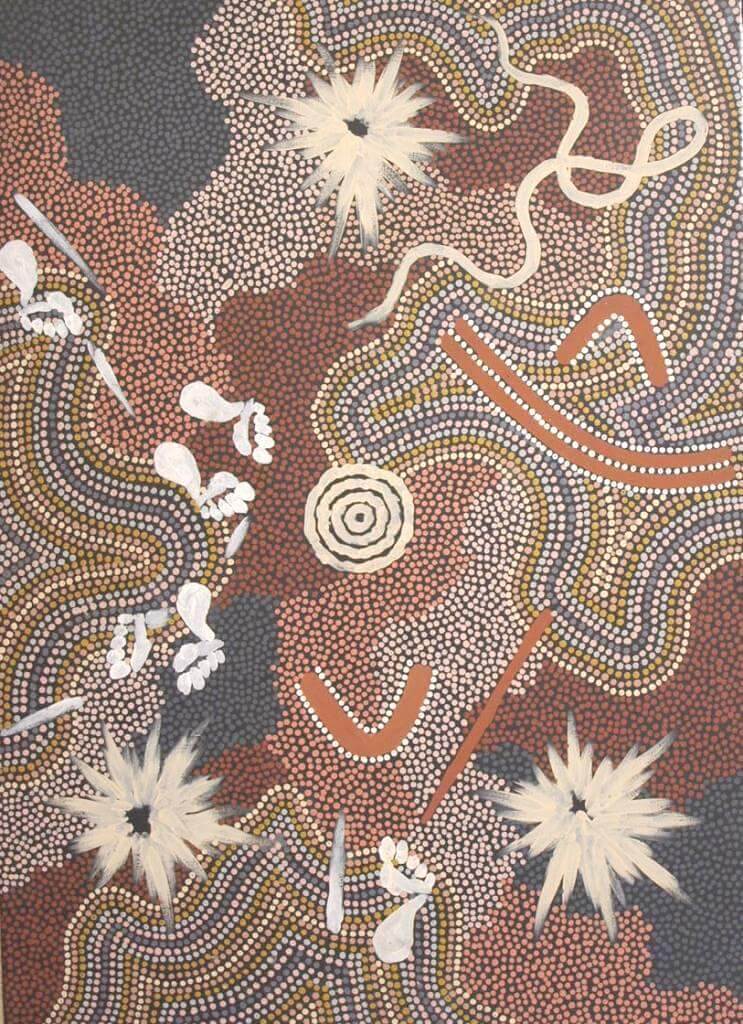 Clifford Possum Tjapaltjarri AO (1932 – 21 June 2002) was an Australian painter, considered to be one of the most collected and renowned Australian Aboriginal artists. Born in a creek bed on Napperby cattle station, Clifford Possum worked from late boyhood as a stockman. He began carving in his late teens and had a reputation as a craftsman before the Papunya painting movement began. His skill and inventiveness and his enormous enthusiasm for life made him the most celebrated Aboriginal artist of his generation. He was chairman of Papunya Tula Artists in the 1980s and received the Order of Australia in 2002. His paintings are held in galleries and collections in Australia and elsewhere, including the Art Gallery of New South Wales, the National Gallery of Australia, the Kelton Foundation and the Royal Collection.