A brief guide to Les Murray's life and his poetry

Gale Infotrac allows you to download audio of their articles. Here are a few samples:

It is a great idea to have the text article open and read along with the audio. Go to Hale Portal - Library - Online Databases and scroll down until you find Gale Infotrac. Search for more articles on Les Murray and his poetry.

Clickview - Les Murray : Peter Thompson talks to Les Murray, one of the world's greatest wordsmiths. He is considered to be one of 100 Australian Living Treasures, whose bush-bred themes and straightforward Aussie characters have charmed generations of readers.Murray's words can be thrilling, but they can also be fiery and combative. It's clear that poetry has helped him tackle the world. 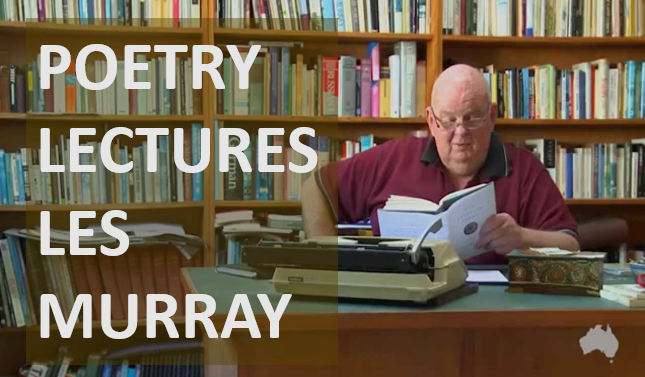 Australian Literature 102: Les Murray is undoubtedly one of Australia’s greatest living poets – and an international literary legend. The New Yorker has described him as ‘now routinely mentioned among the three or four leading English-language poets’.

Check out all the records held for Les Murray in TROVE, National Library of Australia.

Trove helps you find and use resources relating to Australia. It's more than a search engine. Trove brings together content from libraries, museums, archives, repositories and other research and collecting organisations big and small. A list of contributors and partners whose collections are included in Trove can be viewed online.

EBSCO is a large online database of magazine articles, interviews, ejournals and ebooks. ​Its specialty database, Literary Reference Centre is a comprehensive literary reference database. LRC is a comprehensive database that combines information from over 1,000 books, major literary encyclopaedias and reference works, hundreds of literary journals, and unique sources not available anywhere else. N.B. You may need to access these pages through Hale Portal - Library - Online Databases.